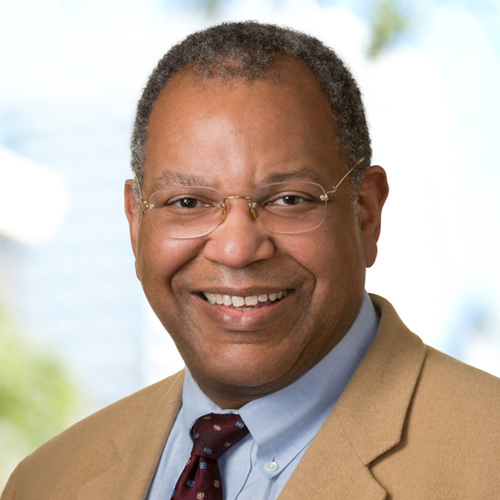 Otis W. Brawley, M.D., is the Bloomberg Distinguished Professor of Oncology and Epidemiology at Johns Hopkins University. He is an authority on cancer screening and prevention and leads a broad interdisciplinary research effort focused on cancer health disparities at the Johns Hopkins School of Medicine, the Bloomberg School of Public Health and the Sidney Kimmel Comprehensive Cancer Center. He is a member of the National Cancer Institute Board of Scientific Advisors and the National Academy of Medicine.

His work focuses on how to close racial, economic, and social inequalities in the prevention, detection, and treatment of cancer. It is concentrated on the appropriate practice of evidence based medicine, efficiency in healthcare and the waste that occurs when there is not orthodox interpretation of science.

Dr. Brawley was chief medical and scientific officer of the American Cancer Society from 2007 to 2018. He oversaw the largest private program funding cancer research in the US. From 2001 to 2007, he was director of the Georgia Cancer Center at Grady Memorial Hospital in Atlanta. From 2001 to 2018 he served as professor of hematology, oncology, medicine and epidemiology at Emory University.

Among numerous awards, he was a Georgia Cancer Coalition Scholar and received the Key to St. Bernard Parish and the U.S. Public Health Service (PHS) Meritorious Service Medal for his work as a PHS Commissioned Officer in the aftermath of Hurricane Katrina. He is also a recipient of the Department of Defense Uniformed Services University Distinguished Service Award for his contributions to military medical education. He is a Fellow of the American Society of Clinical Oncology, a Fellow of the American College of Epidemiology and one of the few physicians to be named a Master of the American College of Physicians.